The art of conversations

A Mumbai-based group meets once a month to discuss everything; from philosophy to the paranormal. 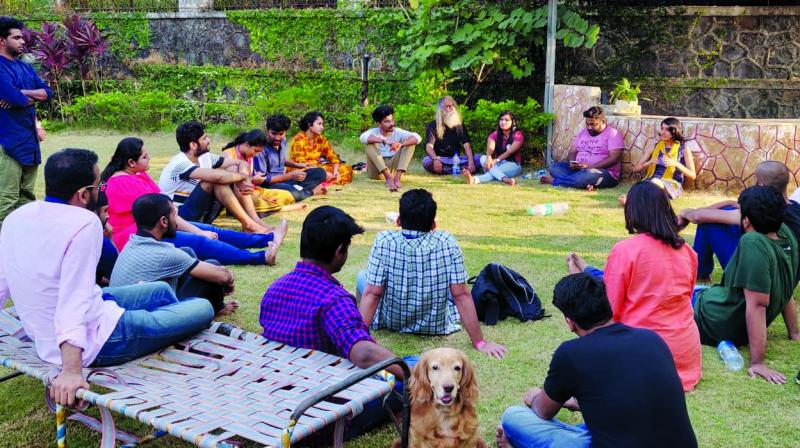 Artery members engrossed in a conversation

After quitting corporate slavery in 2016 to pursue her passion for art, textile print designer Swathi Nair had a lot of spare time on her hand and wanted to utilise it by indulging in meaningful conversations. With an immediate lack in her friend circle and for an introvert who loves deep, meaningful conversations, she wanted to connect with like-minded people sharing mutual interests. An uncertain Swathi took to the Facebook page — Put Me In Touch With Mumbai — calling out to fellow artists in the city who would be interested in the art of conversing on subjects falling under the metaphysical realm. While the idea was to paint and engage in conversations, to her complete surprise there was a huge response. “I had more than 60 responses and a non-stop buzzing inbox. I realised people were not interested in painting as much as they were curious to have conversations,” says Swathi who panicked at the response and rushed to her best friend. This initial step resulted in the formation of Artery — A link to life.

“How artery carries the blood away from the heart to other parts of the body for smooth functioning, in a similar way conversations do that for one’s mental being. Conversations are a way to connect different aspects of life and people’s stories together. It was a random thought but we realised we are at least trying to bring back the art of conversation,” she adds.

Taking place once a month on a Sunday — either at a volunteer’s or a public place — the topics for the meet-up range from philosophy, existence, cosmos, spirituality, subtle energies, frequencies, psychology, paranormal, telepathy, inter-species communication, parallel worlds, among others.

Since the time of her forming the group to now religiously holding a monthly affair, the group has grown organically with around 30 people always in attendance at the meet-ups. “In one meet up it went up to 90 people. It was about paranormal and we had also invited a paranormal investigator for the event. A few days later, I realised there were a lot of pending requests to join the group and various messages,” she recalls. 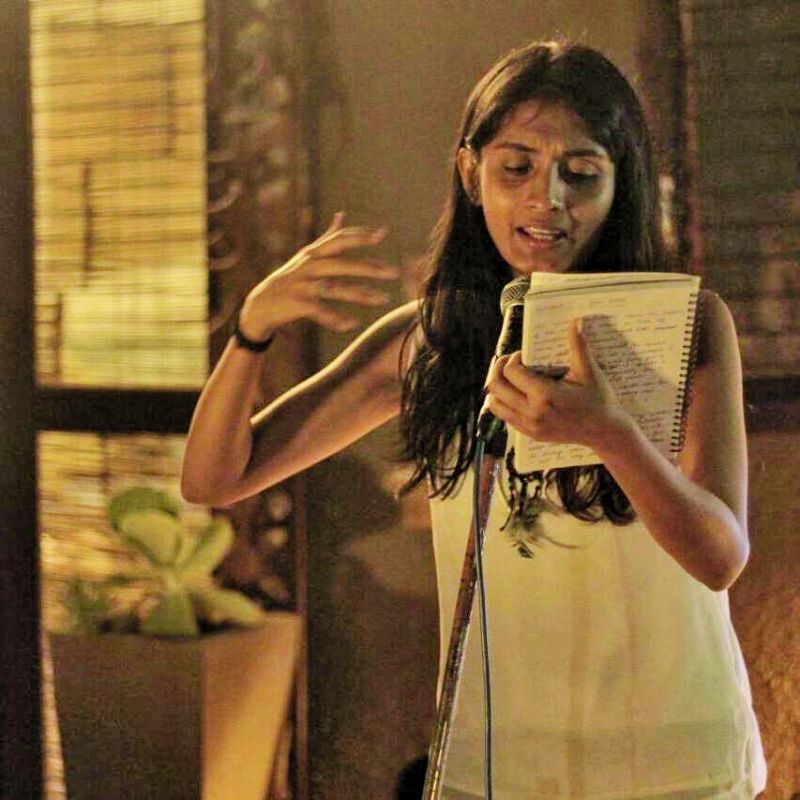 A participant reading a piece

The intention the 27-year-old lays out, is to bring people together and revel in the art of conversation rather than holding discussions or seminars. “We are living in a time when we are constantly moving in the direction where human interaction is becoming more about touchscreens and online chatting. So when we meet and have conversations it is different from one’s usual life setting. Everyone has the right to place their opinions, whatever that is. So if we had paranormal as a topic, we will have all blends of people from strong believers to skeptics to absolute disbelievers. It is a platform for people to share views, experiences and opinions openly without any fear,” she asserts.

The interaction that lasts for about three and a half hours is not only for the opinionated ones. A participant is free to just sit, observe and indulge at one’s own pace. But there are a few ground rules. “You speak only when your turn comes. Also, make sure you speak precisely on your turn. You can contradict or cross-question anybody, but you are expected to be polite while doing that,” lists Swathi, adding that members are advised to not address a question in the first person. “We ask them to pose the questions prefixed ‘According to me’. It naturally makes the sentence sound polite and like a personal opinion rather than an argument.”

However, the most unique part of this group is that no conversation ends with a conclusion as the aim is for people to take back whatever they feel like. “It is for people to come and share their perspectives. We don’t believe in imposing beliefs especially for the kind of subjects we chose, as they are quite open-ended. In fact, one is here to get exposure to the various perspectives on a subject. This platform is a medium to express yourself and share whatever knowledge you have,” she states.

Taking it a notch up, in every three-four months, Artey goes for a retreat too.  The idea here is to disconnect from daily life for a span of 24 hours in a no network zone. “We also have a few activities as part of our retreat. Conversations are definitely one and apart from that, we do activities like dreamcatcher making, painting workshops, etc. We also have an open mic,” smiles the founder.

The group has completed around 26 meetups and six retreats so far, with an audience as young as a 16-year-old to a 55-year-old. Artery’s next meet-up taking place this Sunday (December 16) is about Conscious Consumption of food and other resources. “The idea is to invoke the thought as to whether we are really conscious about all the things we are consuming. Be it electricity, water, clothes, etc.,” she concludes.