A recent example includes celebrity Justin Bieber, who wrote a huge post attributing all his mistakes to his mental health issues. 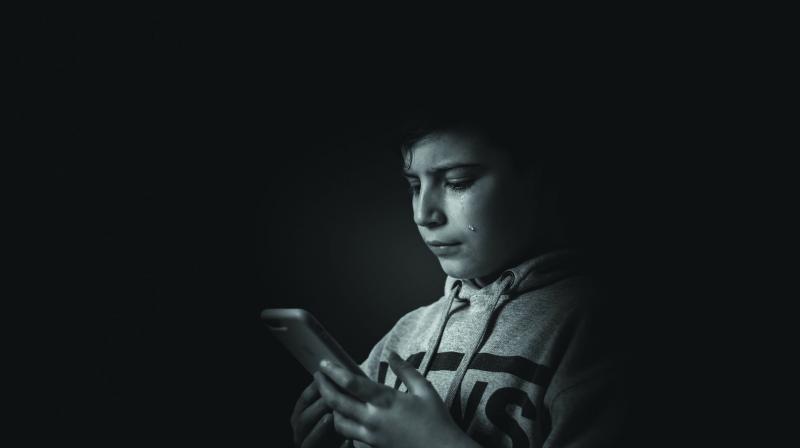 All this concern makes sense because a new trend called ‘Sadfishing’ is on the rise online, where people often bloat their problems to gain sympathy.

Social media has become a place for many to unload their problems — complete with the exaggerations and mainly for sympathy — or ‘sadfishing’. However, do note that the act may just be a cry for help.

Imagine you are browsing through your Facebook or Instagram feed and you come across someone posting about their personal life or mental health issues. Will you be concerned or will you want to first verify if the post is authentic or not? How do you know if it is genuine catharsis or if it is meant to seek attention?

All this concern makes sense because a new trend called ‘Sadfishing’ is on the rise online, where people often bloat their problems to gain sympathy. A recent example includes celebrity Justin Bieber, who wrote a huge post attributing all his mistakes to his mental health issues.

While no one can vouch for the authenticity of such posts, they surely have been inspiring many youngsters to emulate the same. Preeti Singh, a senior consultant in clinical psychology, believes that young people are doing this as an unfortunate result of loneliness, and mental health illnesses like depression, anxiety, personality disorders and so on. People most likely go online with their problems to seek companionship. However, she feels, “This might later pose an issue because of the kind of people we attract on social media. Genuineness is always a question now, and we are seeing more fake trends online than in reality.” She also shares that in her clinical practice, she has seen many youngsters like this and they mostly range between 13 to 35 years of age.

But, this might not be all bad. Devanshi, a student, thinks that living in the 21st century, it becomes easy for people to express their emotions online. She says, “Sadfishing might be increasing day-by-day, but the good thing is that people are getting a platform to express their thoughts. A person may slip into depression if they don’t express their issues. There might also be people who are doing this to get the attention of someone they want to show in particular.”

Bhavika Diddee, another Delhi-based student, feels that every post and every meme that a person shares depicts the content that they relate to. She continues, “If a person is writing or sharing posts that depict bad mental health, it should be taken seriously and it should be considered a call for help. After all, when a person is going through a rough patch in their life, all they need is the support of another person and this support can be given in the form of just being a non-judgmental and an empathetic listener.”

Radhika Malik, a 23-years-old working professional, also feels that this isn’t exactly a problem. “I think it’s good in a sense that people who can’t share their feelings in real life, can make social media a platform to express their inner thoughts and feelings,” she elaborates.

Garima Gard, a therapist, defends these posts and says, “Those who are suffering from emotional/mental issues know more about their experience. The intensity of what they write may be high, to which they often get labelled as ‘attention-seeking’ or ‘exaggerated.’ But, in fact, it is not the case.”

She also says that her clients are members of groups where they can share what they feel and where people can connect and relate to their similar experiences, which gives them some feeling of relief, lessens their anxiety/fears, and they are able to see that they do not suffer alone.