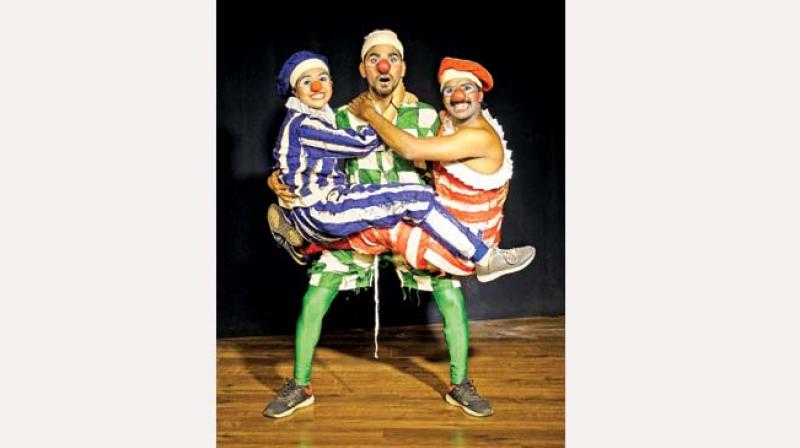 Fascinated by the Indian sub-continent stories, Tillu believes the beauty of such classic tales lies in each time retelling them with newer perspectives.

While the 4th century narrative of poet Kalidasa’s Shakuntala is submissive and heart-wrenching, theatre director Rupesh Tillu’s take comes with a clowning twist. Tillu’s Shakuntalam Agar Pura Kar Paye Toh is a reinterpretation of the classic tale with three clowns, redefining the character in their own clown way.  “Kalidas’s Shakuntala is a weak character. He has used a lot of shringar raas implying how beautiful she is, which objectifies her. Kalidas’s Shakuntala doesn’t make any decisions on her own; she just accepts. If I were Shakuntala, I would react and make my own decisions,” explains Tillu, a master in physical comedy from Sweden’s The National School of Dramatic Arts.

According to Tillu, clowns don’t have any past or future but live in the moment. Sticking to this intricate characteristic of a clown, Tillu’s narrative unfolds moment to moment. “It happens by being present in that moment and reacting to it, where the audience and clown become one. That is how they will tell you the narrative,” he says.

Fascinated by the Indian sub-continent stories, Tillu believes the beauty of such classic tales lies in each time retelling them with newer perspectives. “These stories are told over generations, either in the form of theatre or storytelling and that has kept them alive. So as evolution happens, we have to question these stories, redefine them and change the narratives. Then only they can be kept alive. I feel this is a great opportunity to choose the retelling from a clown’s perspective and that is why we chose Shakuntala. Of course, we could have used anything, but why not this one?” asks the director. 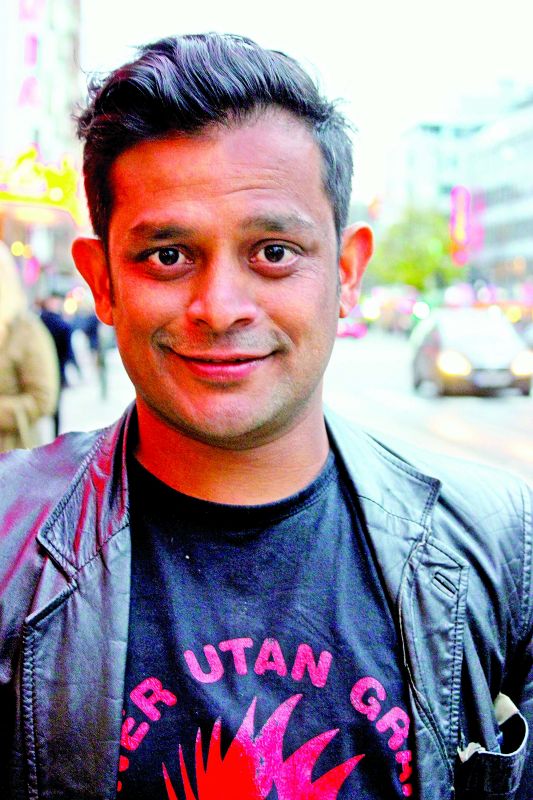 What, further drew Tillu to adapt this classic play for a twist, was to give people a heightened emotional experience. “We have this pre-conceived notion that clowns need to be funny or they should be funny. Well, that comes from the circus tradition. But in theatre clowning, a clown’s job or the philosophical idea of a clown is to comfort the disturbed, and disturb the comfortable,” he says.

Tillu further explains that a theatre clown’s job is not to make people laugh, but make the audience feel emotionally charged. “And then, laughter is just an after effect. The fusion of clowns’ in a serious play just remains to the point that the clowns will play it seriously. If people are emotionally charged with their, they will laugh,” he smiles.

Talking about the growth of clown theatre in India that started a couple of years ago, Tillu reveals that actors like Rajat Kapoor and Atul Kumar have given a good introduction to this art form and now is the time to take it forward.

“When we do plays, the sole purpose is to make either the underprivileged children or the children in stress, laugh. But when we bring the play in Prithvi theatre, our job is to disturb the comfortable, because the audience that has come has come with their stomachs filled and are ready to accept the challenges. So we have to challenge our audiences, that is, disturbing the comfortable,” he concludes.
—On 9 May, 7:30 pm onwards at Prithvi Theatre, Juhu