Amar Sirohi: The trendsetter of Instagram food pages in India

In every field there are some persons who start a trend and then there are those who follow the trends. 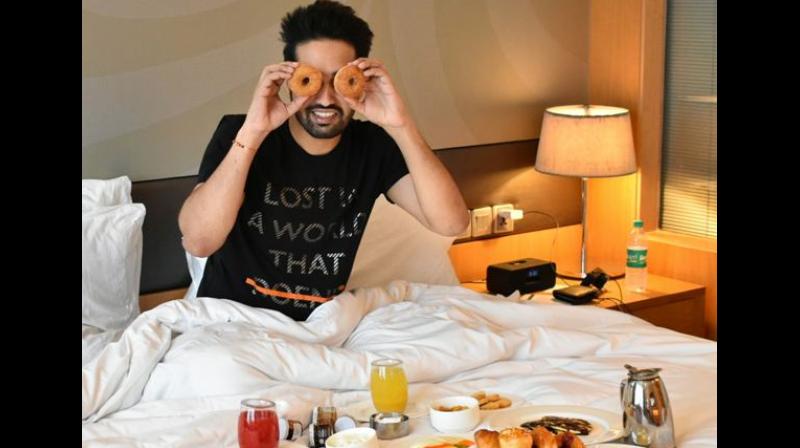 In every field there are some persons who start a trend and then there are those who follow the trends. More often than not, those who start a trend carve a name for themselves in their field. When it comes to food blogging in India, Amar Sirohi of @foodie_incarnate fame became a celebrated name because of the numerous trends that he started and which are followed by majority of the food bloggers in India.

Amar came to New Delhi to pursue his MBBS and when he started this page, he had no idea that it will grow to become such a big thing. Credit it to his hard work or his awareness to the demands of the blogging industry or his mindset of not doing the same thing that everyone else is doing, it has made him start many a new things on his Instagram page which soon became a trend followed by almost every other food page in India. Setting up new trends, he always stayed one step ahead of other bloggers & has become a leader of this field.

The first thing that he started which became a major trend was posting street food photos. It was 2015 when food blogging on Instagram was in its nascent stage in India. There were only a handful of people doing it and all of those were posting just the restaurant food on their pages. Amar started posting street food photos from his explorations in Old Delhi on his page. Street food is relatable to common people, his photos started getting massive engagement which drove other bloggers to start posting pictures of street food and in a short period of time, almost every Indian Instagram food page was doing it. This trend continues to even this date.

Next, the captions did not held much importance in those days. Amar started writing those creative, well detailed captions with effective 'call-to-actions'. It also became a trend soon and majority of food pages on Instagram are following it.

When Instagram introduced 1 minute long videos in mid-2016, he was amongst the very first ones to start posting food videos. Well, this wasn't a trend that he created. The trend that he started here was the way he was editing his videos. His fast-paced style editing of food videos was soon picked up by the majority of food pages in India.

Another trend that he started and a very good one was to be totally genuine in his posts. He earns quite a lot from his page but food blogging is not his primary profession. It allowed him not to be politically correct like those bloggers who are doing it full time. If a particular dish was bad in taste or if a particular restaurant serves food which is not up to the mark, he mentioned that in his posts. The places or dishes that he criticized, he did that too with detailed explanations about why he is criticizing that particular thing. He recounts many incidents when he was asked to change the criticism into a positive review for monetary compensation but he refused. This truthfulness of his posts earned him the trust of his followers and it also inspired other bloggers to be more genuine in their posts.

Not only he started numerous trends through his posts, he also created his signature style of uploading stories which was also copied by many bloggers and became a trend. He starts his stories with a simple 'here today' & gradually goes on to showcase the property and the food of the places that he visits. He is doing it since August 2016, when Instagram started Insta-stories. You will find many bloggers doing their stories in the same way nowadays.

To sum up in his own words, "Evolution has always been the key to stay relevant. Since time immemorial, only those survived who evolved. The same applies to social media. Gradual evolution is even more important here. You can not continue doing the same things forever. You can not stand out from the crowd when you are doing the same things that the crowd is doing. To make a name for yourself, you have to carve a unique indentity for yourself and for that you have to try new things."