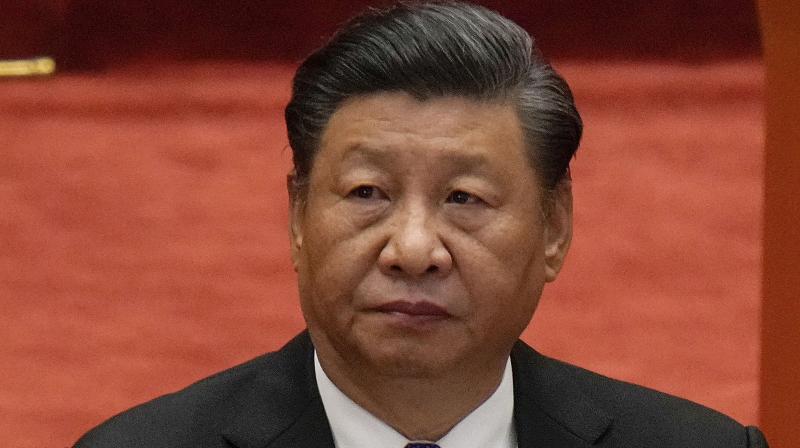 The mere fact that a collection of so-called democracies were being brought under one deliberative umbrella for the first time is unlikely to have been to Beijing’s taste. (AP)

The US invitation to Taiwan to its “Summit for Democracy” to be held virtually on December 9-10, and to which 110 countries are invited, has made China see red. This is to be expected, for Beijing regards Taiwan as an “inalienable” part of China and is committed to integrate it with the mainland “by force” if need be.

However, it is probable that China would have been ready with fiery rhetoric even if Taiwan was not to be a participant. The mere fact that a collection of so-called democracies were being brought under one deliberative umbrella for the first time is unlikely to have been to Beijing’s taste.

This is because President Joe Biden has posited the ideological challenge in the world to be between democracy and authoritarianism. The obvious leadership of the latter camp rests with China, and the intention of the US to check China is very much a part of the US projection of the future of international political life. To that extent Beijing may not be off the mark when it says that the proposed summit is a cover for America’s geopolitics.

But President Xi Jinping’s regime may like to reflect whether, especially when the world has turned multi-polar, the US would be able to rally a large number of countries (even if some do not accept or not show up) if the rise of China had not been accompanied by Beijing’s aggressive encroachment on the territorial sovereignty of other nations — whether in the maritime or the continental domain.

Indeed, now that under Mr Xi’s leadership the People’s Republic has brought about a war-like situation in several regions, a central question of history may well come to the fore — to wit, do the people of Xinjiang, Tibet and some Xinic areas, too, have sovereign aspirations that are legitimate?

As for the US-led democracy summit, the idea does seem extravagant. When backsliding of democracy is now recognised to have occurred in America itself, the deliberations are likely to be perfunctory. Considering the kinds of countries that have been invited, including Pakistan, Russia, too, deserved to be in. But it is out, like China. The reason is that strategically it continues to be a serious challenger of America. The forthcoming event appears not much more than an attempt at power projection.