Don’t be taken in by fake news

Fake history in the service of some petty cause is easily exposed. 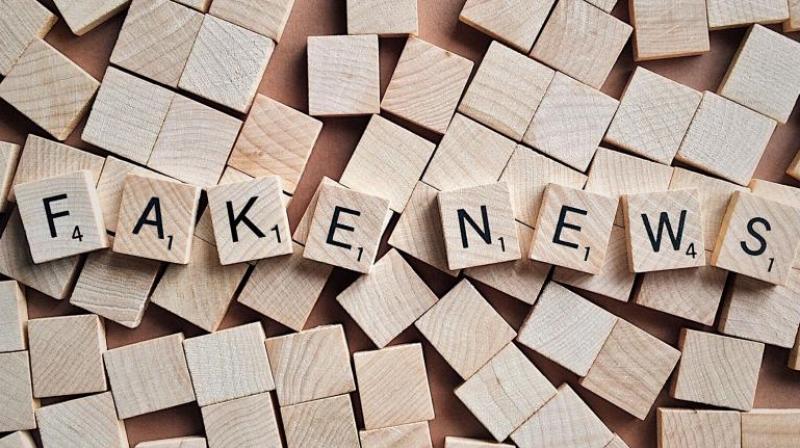 Your maker — just as I have done
And all of those who went before.
So, Stranger, appreciate the pun
Perverting that which should be pure.”,
— From The Bench Odes by Bachchoo

Fake news is a breeze, a tremor. Fake history is the splitting earthquake, which vomits lava for years to come. Fake history, that which avoids the inconvenient truth, that which indulges in mythical fantasies and presents them as real, that which is purely fantastical, wrong-minded, politically motivated and clearly mad are all in the service — not of truth but of ideologies.

If history is fake — suppressing things that happened, distorting things that didn’t, pretending that myth is real or just fabricating the risibly ridiculous — it becomes an instrument of anti-civilisation.

Perhaps that’s an exaggeration. Some historical distortions and fantasies are motivated by good or protective thoughts. Others have profound consequences.

These comments are provoked, gentle reader, by my receiving on the Internet an article which seems to have been circulating for some time, about Indira Gandhi. It is a load of fake history — (I was so tempted to use non-family-acceptable terms but am scared of the censoriousness of my esteemed editors. —F off FD- Ed).

To resume what I read, the diatribe claims that Indira Gandhi married a Muslim named Feroze Khan, converted to Islam and took on a Muslim name and then was induced by her father to change her name to Gandhi — and a load of other bull-manure (with no purifying qualities in this case) which goes on and on.

As a counter to this idiotic tosh, we Parsis (yes, I am an enthusiastic one!) cherish the truth that Indira Nehru married Feroze Gandhi, a young man from a distinguished Parsi-Zoroastrian family of Allahabad whom she met in the coffee haunts of the Tottenham Court Road in London. Her son Rajiv and grandson Rahul, though they have been led for political purposes to neglect the possibility, would both have been or are eligible to be Parsi Zoroastrian Indians.

I don’t know if the Gandhi family pushed the issue of their boys, Rajiv and Sanjay, with Panditji but even if they had, it is apparent that they lost. Rajiv and Sanjay were not named Rustam and Sorab, but OK – political necessity wins! They followed grandad into atheistic Hindu identity.

This idiot who tries to spread the fake history of Indira Nehru’s marriage and progeny seems to be in the service of some pernicious ideology. My not-too-insightful inference is that he is seeking to characterise the Congress Party as led for two generations by the descendants of Muslims. His fake history article seems to be written and perpetrated as a very feeble weapon in a battle between his “Hindutva” and the truth.

Why do these fools shoot themselves in the foot?

My historian friend Roddy Matthews follows or did follow the output of someone called Oke or Oak, a plausible Maharashtrian name, who claimed all sorts of verbiage, none of which can be dignified with being called “fake history”. It’s good comedy stuff: Argentina is actually Arjuntina, named after the Pandav hero who conquered South America presumably before he went to Swarg. Yaaron, kya bathaaoon?

There have been more serious distortions.

Growing up in the 1950s I was, before and in my early teens, given history books to study, which seemed to be without ideological bias. Sher Shah was a good guy because he built rest-houses, dug wells and planted shady trees for travellers. In my later teens — the early sixties I was immersed in the perspective of the Nehru-Gandhi historians. We Indians vs Raj.

Then came, in my personal, indeterminate, glancing pursuit, the work of V.S. Naipaul who was not a born Indian and, looking from the outside, said that the Muslim conquest of Hindu India, over hundreds of years, was a painful, destructive, even genocidal process.

It was an antidote to the laudably nationalistic, historical view of the movement for Independence from the British Raj. It put a ferocious cat amongst the old nationalistic pigeons.

Obviously, years later, the resurgent “nationalists”, the Hindutva brigade embraced him. Their crusade was dedicated to an assault on the history, the contribution and the very existence of the huge minority of Muslims in India. Naipaul’s contention was about history and fake history however noble-minded. Writers want to tell it like it is or was, not as it’s strategically necessary.

The dictum that the victors write history is not an absolute truth. We have the Diary of Anne Frank. Victims and losers have chronicles worthy of attention and necessary for the balance of the record.

Shashi Tharoor has written a book called Why I am a Hindu. It is a very readable and respectable counter to the poisonous “Hindutva” ideology perpetrated by bigots; while reading it I wondered whether Prime Minister Narendra Modi could be asked, requested, challenged, even promised a huge publisher’s advance to write a similar book. It would sell millions.

Meanwhile, a good friend of mine is writing a book about why he is a proud Indian Muslim. He recounts the history of India — the successive invasions from the displacement of the Indus valley civilisation to the entry of the Aryans of Central Asia and later the Muslims and the British to draw a picture of what India today is.

Fake history in the service of some petty cause is easily exposed. Mr Oke’s contention that histaminates were discovered in Hastinapura (I made this up) will be universally seen as nonsense.

So also, the contention that the Taj Mahal was some Hindu relic of someone called Teju and not built by Shah Jahan for his beloved wife.

History guides the ideal of a people. Think of Hitler — false history leads to hell.