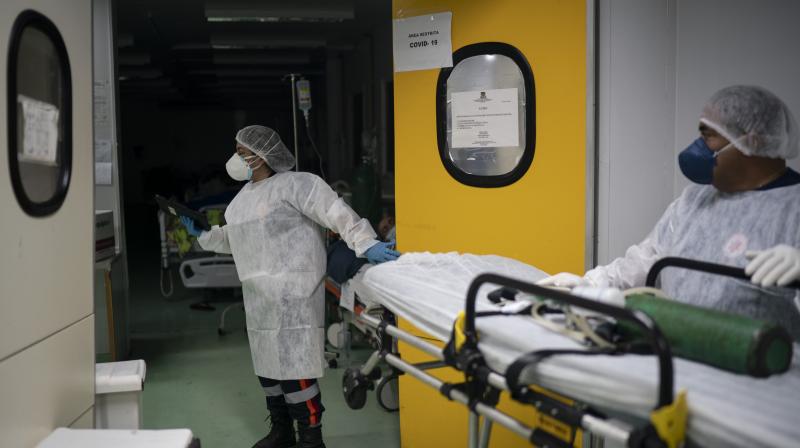 Rio de Janeiro: Occupancy levels at Brazil's intensive care units (ICU) have surpassed 90 per cent in 21 of the country's 26 regional capitals, the highest rates since the country's first COVID-19 case was announced.

Only two capitals had ICU occupancy rates below 80 percent, which were Manaus (77 percent) and Boa Vista (48 percent).

The newspaper added that the ICU occupancy rate in the state of Mato Grosso do Sul was 106 percent, meaning that patients were waiting for beds.

The South American country has the world's second-largest COVID-19 outbreak after the United States, with 340,776 deaths and 13,193,205 infections.