Anushka has got an interactive statue, which became possible thanks to demand from her global fans. 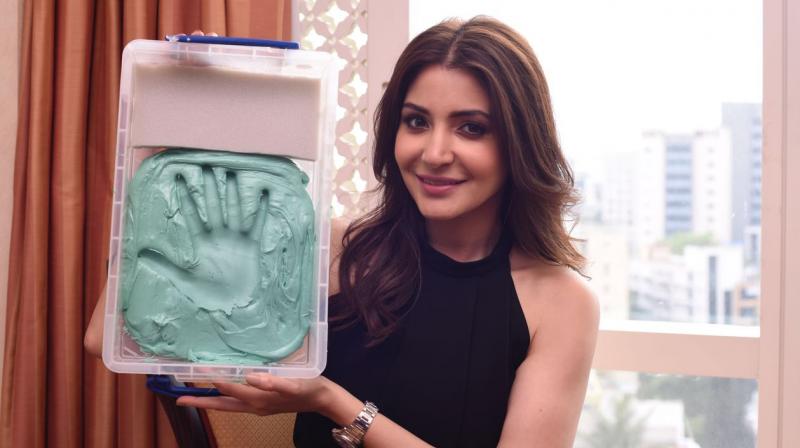 Anushka Sharma is not the only Bollywood celebrity to have a wax statue there.

Madame Tussauds Singapore was recently in news since it unveiled Bollywood actress Kajol’s wax statue, but now it has done something special for Anushka Sharma.

Anushka has got an interactive statue, which became possible thanks to demand from her global fans.

"Anushka's statue will talk. In fact, she will be the first wax statue in the Singapore museum with this feature. It is a massive interactivity feature that Madame Tussauds is adding to her wax statue. Only a handful of global power leaders/icons have other forms of interactivity attached to their statues and this move by the museum is a huge salutation to Anushka's global fan following," stated a press release.

"Anushka's statue will be holding a phone. The phone works and guests can take selfies with Anushka and her statue will be heard saying warm greetings. With a selfie moment and a speaking Anushka, the statue promises a very special experience for her fans and admirers," the spokesperson added in the statement.

"We are thrilled to be working with Anushka Sharma. She will have the first talking wax figure at Madame Tussauds Singapore. We see many families but also young adults from India coming to our attraction, and this is a great opportunity for us to cater to that audience. Anushka has been frequently requested by our guests and we are sure that she will be an incredibly popular addition to our attraction," Alex Ward, General Manager of Madame Tussauds Singapore, said in a statement.