The doodle interestingly shows a stadium with the colours of the Indian national flag - saffron, white and green 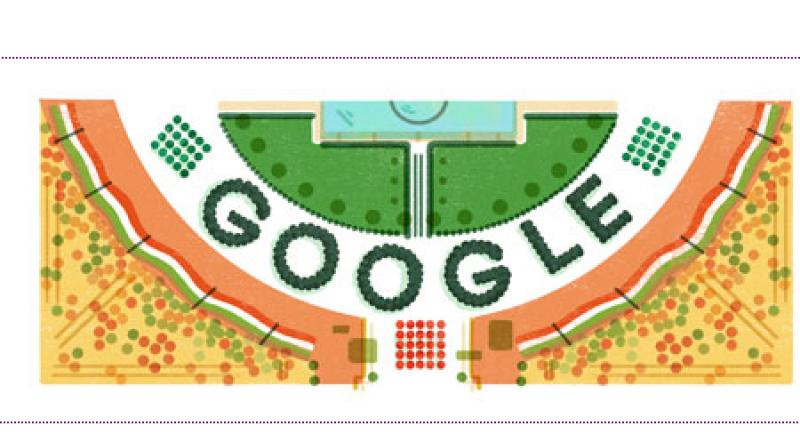 The doodle which appeared on the page at the stroke of midnight has a colourful and patriotic touch to it. (Photo: Google)

The doodles by Google are always interesting with their concepts and attention to detail. The doodles is particularly interesting today on India’s 68th Republic Day as it is displays unity in diversity in India through a symbol that relates very well in India.

The interesting doodle which was on display at the stroke of midnight shows a stadium with rows of people in the three colours of the national flag – saffron, white and green. The colourful doodle definitely invokes a patriotic feeling especially keeping in the mind the Republic Day parade which will take place in Delhi at the the Rajpath today.

India is celebrating its 68th Republic Day after the Indian constitution replaced the government of India Act from 1935. The chief guest at this years parade will be
The Crown Prince of Abu Dhabi, Sheikh Mohamed bin Zayed Al Nahyan.