Spain’s Bilbao and San Sebastian make you fall in love with them in different ways. 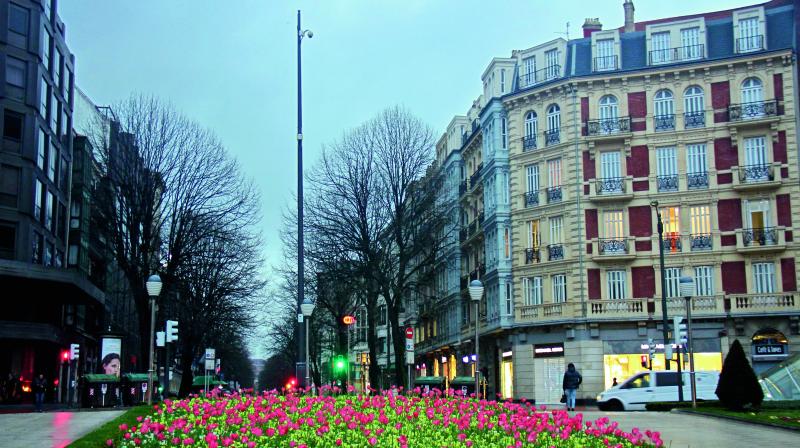 Bilbao and San Sebastian, nestled in Northern Spain, are polar opposites. One, like a tough sailor out at sea, and the other, a graceful mermaid. Both, stars of Spain’s mountainous Basque Country along the North Atlantic coast, proudly showcasing their culture and tradition that stands out from the rest of Spain. With San Sebastian, it’s love at first sight while with Bilbao, the love grows on you and lasts forever. 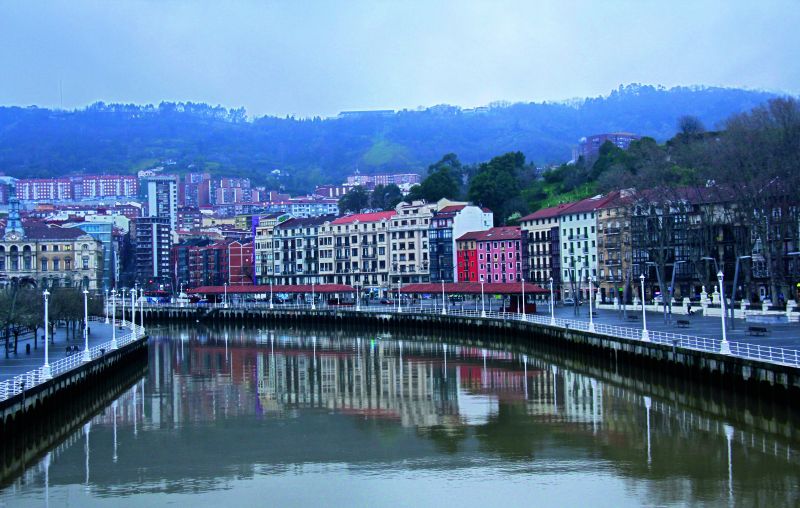 Bilbao is historically a city of heavy industries. Industrial wastelands have today, transitioned into a city of art and culture. The opening of the glamorous titanium landmark, the Museo Guggenheim Bilbao, marked Bilbao’s biggest revitalisation efforts in making it an art lover’s paradise. Even as I rode from Bilbao airport to my hotel, Melia Bilbao, the heritage buildings rubbing shoulders with the new towers, the Euskotren Tranbia — the green and silver tramline, the majestic red Bilbao bus, the meandering Bilbao Garbi that cleans the streets, were distinctively exhibiting Bilbao’s gritty personality. I quickly checked in, and sprinted out in the rain, into the Doña Casilda Park that led me to the main Gran Via area, studded with branded stores and boutiques occupying the heritage structures, punctuated by quaint little fountains and tulips dancing in the rain. 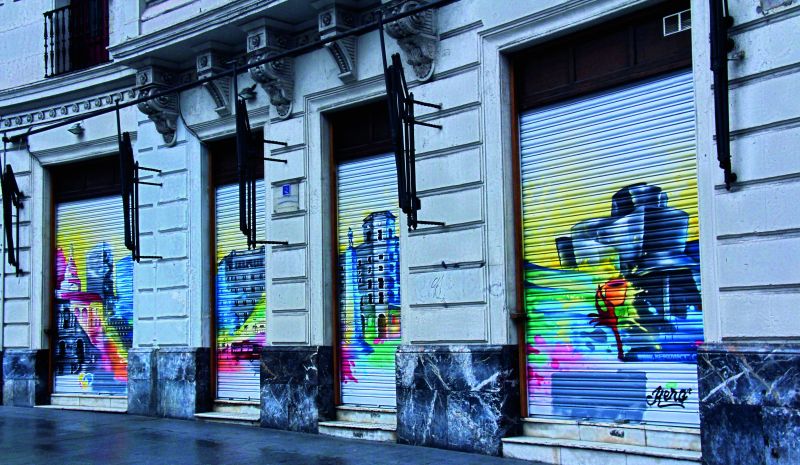 The Nervión River runs through the city of Bilbao into the Cantabrian Sea (Bay of Biscay). The many bridges, old and new, across the river, are characteristic of a city that has both preserved its heritage and opened its arms to development. Soaking in one of the finest artistic expressions of old masters and works of great sculptors in the Bilbao Fine Arts Museum, including a special exhibit featuring the works of the French artist Auguste Renoir, had me whistling in bliss all the way back. 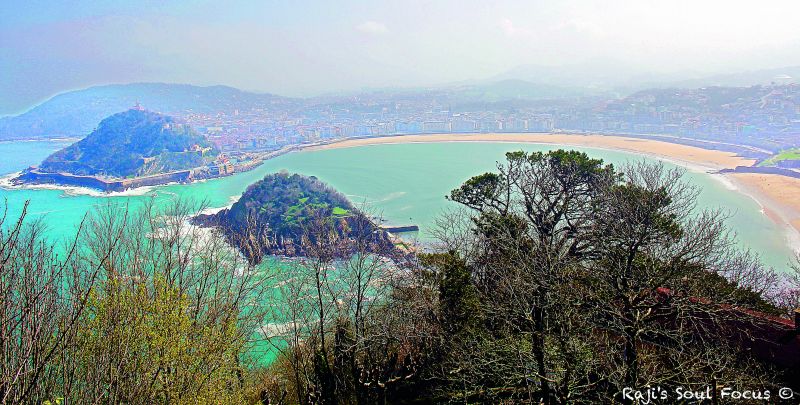 The next morning found me on the cobble-stoned streets of old town Bilbao Casco Viejo, graced with quirky graffiti on centuries old structures. A myriad of shops — tiny handicraft stores, upscale boutiques, fresh local produce, flowers hanging from antique balconies, random glazed tile art in some homes, and smoke emanating out of a chimney in the other, were all straight out of a fairytale. I discovered the same later that afternoon in old town San Sebastian Parte Vieja. The boisterously loud Tapas bars with pintxos (finger food) with free flowing house wine are a highlight in both the old towns. Being a vegetarian, a simple vegetarian stew in such gleeful ambience well satiated my hunger. Meat eaters, I hear, mustn’t miss any of the cured and grilled meat pintxos.  The Michelin stars were brightly shining over most restaurants. Also, restaurants serving seafood on the picturesque beachfront promenade in San Sebastian are world famous. 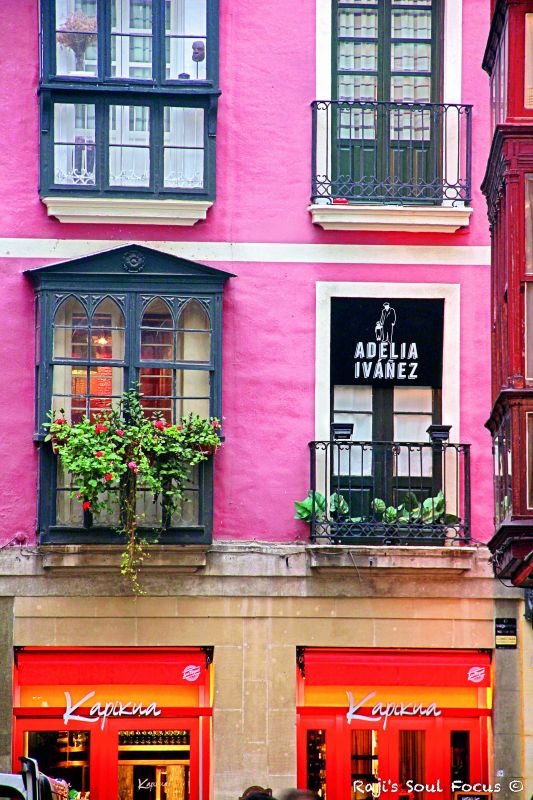 San Sebastián is angelic on the Bay of Biscay. A morning walk along the beach Playa de la Concha, the call of the seagulls through the sounds of the ferocious waves for company that ends with the stunning ‘Comb of the Wind’ sculptures by Eduardo Chillida, are a photographer’s delight. The Funicular train chugging along Monte Igueldo is an old-world charm leading us to an aerial view of San Sebastian from atop. An evening at the Surfers Zurriola beach, in the district of Gros, surrounded by festive rejoicing at the beach-facing bars is a fitting dessert to a grand meal.

As I packed to leave, I was in the dilemma every tourist faces when the residents of both cities ask, “Is our city better than ours?”